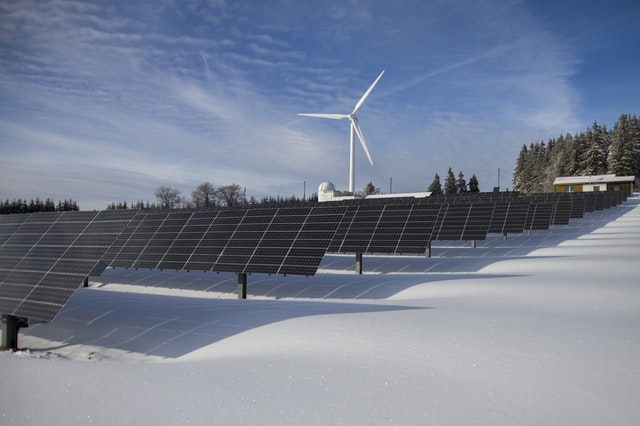 When you are a homeowner looking to reduce your carbon footprint, there are a number of steps you can take to make your home earth-friendly. From passive solar heating to solar panels, you can make a difference in the impact your home has on the environment.

Even when you aren’t building a new home, changes can be made to an existing property to increase efficiency and reduce reliance on utility systems.

Solar panels are one of the most popular ways to reduce your carbon footprint, and with good reason. Solar panels often produce enough electricity so that you have energy to sell back to the energy grid every month. Over time, solar panels on your property can earn you money instead of costing money in utility bills.

Passive solar is heating your home with the sun by using the right design. For example, certain materials such as slate holds heat. If you have a room that gets plenty of sunlight during the day, a slate floor can help keep the room warmer once the sun sets. If the floor is made from a material that dissipates heat, such as ceramic tile, your home won’t benefit from the sun once it sets.

Heat rises, and those that invest in radiant floor heating find that it is easier to heat up a room. Radiant floor heating uses coils below the surface of your floor, creating heat. The heat rises into the room instead of getting blown in through a heating vent. This reduces the amount of energy you need to heat your home.

Every appliance that you use in your home has an impact. Consider investing in energy efficient appliances when you are trying to make your home more earth friendly. You will save money on utility costs and help the environment at the same time.

The energy used to heat your clothes and dry them can be eliminated if you simply hang everything outside to dry. While this adds to your workload, it is a free way to reduce your carbon footprint.

When you have a home, there are a number of ways you can help reduce your impact on the environment. Set up a recycling area in your home, have a vegetable garden if possible, and use electricity only when necessary.

Enjoy your space and don’t be afraid to try new ideas to reduce waste within your home. 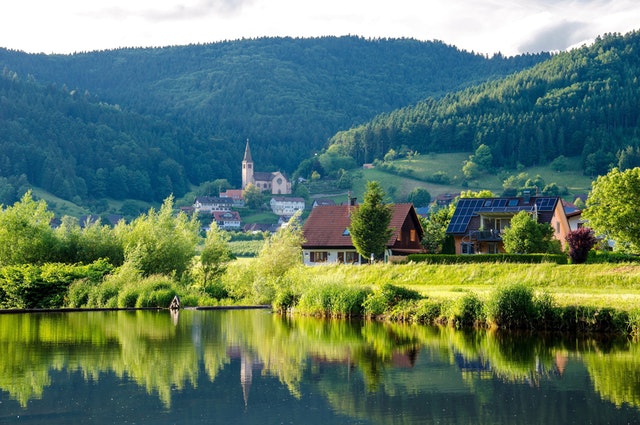 Going solar can make life sunnier for some homeowners. In addition to reducing energy dependence by “borrowing” energy directly from the sun, purchasers may also enjoy a 30 percent federal Solar Investment Tax Credit and other incentives, according to SEIA.

Solar roofing can boost a home’s equity in some cases, while making it more attractive to future buyers in sun-drenched parts of the country. Best of all, financing that solar roof may be a more attainable goal than homeowners think.

Perhaps the first question a green-minded homeowner should consider is whether to own solar roofing or lease it. Leasing solar panels from a third-party provider bypasses the need to take out a traditional loan or purchase a solar roof with cash.

Energy.gov notes that PPAs (Power Purchase Agreements) allow homeowners to pay fixed monthly payments based on the amount of energy the roof will likely generate over the period of the lease. But it’s worth noting that leasing also bypasses the tax credits and other financial benefits and incentives of ownership.

Traditional loans can finance solar roofs just as they can other major home renovations or improvements. For homeowners who already own their homes outright, this approach offers a simple, cost-effective way to enhance the property. Other homeowners may want to look into the Department of Energy’s Residential PACE (Property Assessed Clean energy) loans aimed at promoting energy-efficient modifications.

Those who seek to take out a mortgage on a solar-roofed home, however, should watch out for the proverbial fine print. For instance, PACE loans trump mortgage loans, so having a PACE loan in place can make getting that mortgage loan impossible.

The HomeStyle Energy Mortgage from Fannie Mae offers an attractive alternative to traditional loans, according to the Washington Post. This product includes the solar roof (or other energy-efficient modification) within the overall mortgage loan.

A HomeStyle Energy Mortgage factors in the anticipated energy savings offered by the modification in figuring the loan terms. It also lets borrowers take out larger amounts that they might receive through traditional mortgages — up to 15 percent of the home’s “as-completed” appraisal value.

Some smart financing strategies can turn the objective of owning a solar roof from an out-of-reach dream into a practical reality. A skilled mortgage expert can help homeowners weigh all the available options and come up with a sensible plan that suits their needs. 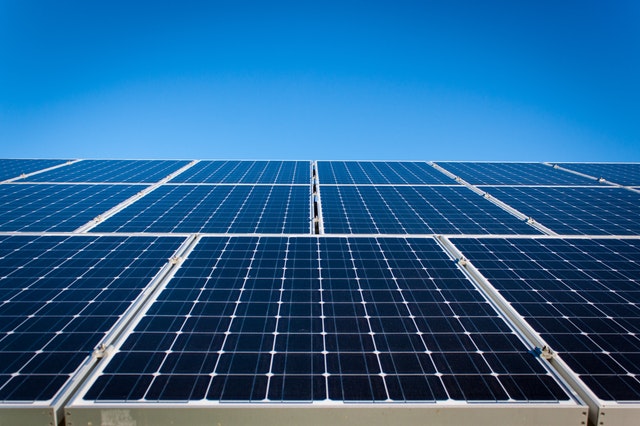 Do rooftop solar panels add value to a home, and are they cost-effective in terms of energy savings? The short answer is yes, say the experts. Although more than a million U.S. homes boasted solar panels in 2016, the percentage of solar-equipped households is still miniscule.

That may change, however, as domestic prices for solar installations continue to decrease and property values rise.

The Pros And Cons Of Solar

While there is global agreement on the need to encourage cost-effective, non-polluting renewable energy sources, it is also acknowledged that solar effectiveness is not equal in all locations or situations.

Several Southwestern states boast abundant sunshine, a high percentage of roofs that face in the proper direction for solar capture, and high consumption of electricity, including the the need for air conditioning. Experts predict that California could supply 74 percent of its total electrical needs if its roofs were clothed in solar panels.

On the other hand, Nevada, with a much smaller population and a different climate, only has the ability to supply 14 percent of its total need. The truth is that solar is not equally beneficial in all locations.

Even so, according to information provided by the Union of Concerned Scientists, more than half of U.S. states have reached or are close to the point where rooftop solar costs are on par with grid costs for electricity. In areas where utility companies offer net metering, solar producers can return excess energy for credit, which results, in the best of cases, in a monthly electricity bill that is extremely low, perhaps even zero.

Before committing to rooftop solar panels, homeowners should ask some pertinent questions. An investment in solar is still pricey, even though installation costs have dropped by about 50 percent over the past decade. With government incentives of various kinds, the total cost may dip to $10,000 or below for an average size home.

On average, the payback on that initial investment will be long-term, even though monthly savings on electrical bills can be immediate. Panel leasing is a popular option, with no initial down payment required, although the lease term may extend for 10 or even 20 years. Another option in some areas is to invest in a solar farm or cooperative.

Pertinent questions include personal motivation: Are solar panels simply a way to save money or do they demonstrate eco-consciousness and a concern for quality of life? Owners should also consider how long they plan to own a specific home before investing in rooftop panels.

Current data suggests that buyers will pay a premium for solar-equipped homes. A study by Energy Sage confirms that buyers in some states are more “pro-solar” than other U.S. residents, but notes that the national value boost is around $15,000 for an average solar home, and higher in select locales. That equates to between $3 and $4 per kilowatt of solar power generated.

Even though the added value is not uniform throughout the country, it is obvious that rooftop solar panels are emerging as mainstream home amenities. Talk with your trusted mortgage professional about the impact of solar improvements to your home.