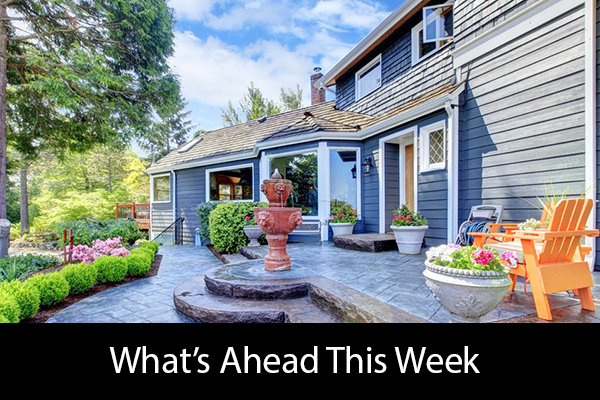 The National Association of Home Builders reported a four-point increase in its Home Price Index for October. Builders surveyed reported higher confidence in overall market conditions, which resulted in a reading of 68. Analysts had expected no change in the September reading of 64. Natural disasters have raised builder opportunities for new projects, but the industry continues to be swamped with labor shortages and rising materials costs.

Building permits issued fell in September; 1.215 million permits were issued on a seasonally-adjusted annual basis as compared to 1.272 million permits issued in August. Higher readings for building permits are expected in the aftermath of recent hurricanes and wildfires, but increased starts and permits will include replacing damaged structures as well as building new developments.

Sales of existing homes rose in September according to the National Association of Realtors®. Previously-owned homes sold at a seasonally-adjusted annual rate of 5.39 million sales. Which surpassed August’s reading of 5.35 million sales and expected sales of 5.30 million previously-owned homes. Any increase in sales is a welcome sign that the severe shortage of homes for sale may be easing. It’s too early to know how hurricanes and fires will affect housing markets and it will take months to rebuild all homes destroyed.

Next week’s economic readings include reports on new and pending home sales and consumer sentiment. Weekly readings on mortgage rates and new jobless claims will also be released.